Topics:
Do emotions like depression exist? are there no excuses for being sad or happy?
Does self-worth exist alone? sense of self-worth dependent on others’ belief? does the point of personal self-development for the sake of only yourself require a soul?
clinical depression, basically no reason to be sad
destructive depression, what is considered “much”
emotions are not logical, but can be controlled to some degree using logic
smiling makes you feel better, frowning worse
brain impacts mind impacts brain
confidence makes you able to complete tasks
judgment is always bad?
we aren’t judging colleen
racism is judgment based on small sample size
people all judge, just the amount is different
why measure yourself if you are only by yourself? so you will achieve things
care what people think just because, or because you get something you desire from them?
are there people that don’t care what other people think?
we shouldn’t care about the opinions of people we don’t care about? correct
wanting money is derived from getting happiness from having money
sh*t my dad says story
there is caring what others think for the sake of your goals, then there is caring what strangers think
overwhelming critique from strangers might be important
thinking about what other people think can help make a more informed decision
some people can have an emotional impact on your self-esteem
probably best to recognize that if you put off happiness for the short-term for the long-term you may be in a trap
all time-preference valuations are subjective, but you need to recognize that you can still make valuations that you later regret
[Renegade can’t seem to understand Jesse’s point?]
understand the whole impact of your choices, and make choices based on that
self-confidence on a desert island
self-worth, worth to the community, or worth something to yourself?
everything you are trying to do is for yourself, or your values
self-sufficient doesn’t have to mean you make everything
low time-preference
the roots of how people become libertarians
tom’s always been a minarchist
jesse listened to rantradio then freetalklive in ’05
colleen was brought up anti-government
how to reconcile not wanting to participate with desires of success
look at the pragmatic effects of participating
Renegade and Jesse disagree on whether or not there is a fundamental difference between voting and getting a driver’s license
whenever you want something, it stops being “involuntary”
if it would exist in a free market, is it voluntary?
defining morality where interacting with government is immoral, might be better to interact as little as possible and get more bang for the buck
[Renegade’s CPU was maxed out, causing stuttering]
gimp/photoshop talk
Renegade’s visa situation
Renegade has a great answer to “Where do you see yourself in five years?”
What is your realistic answer to that question? 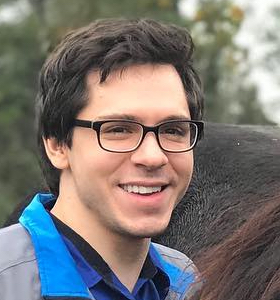 Check out my writing projects!