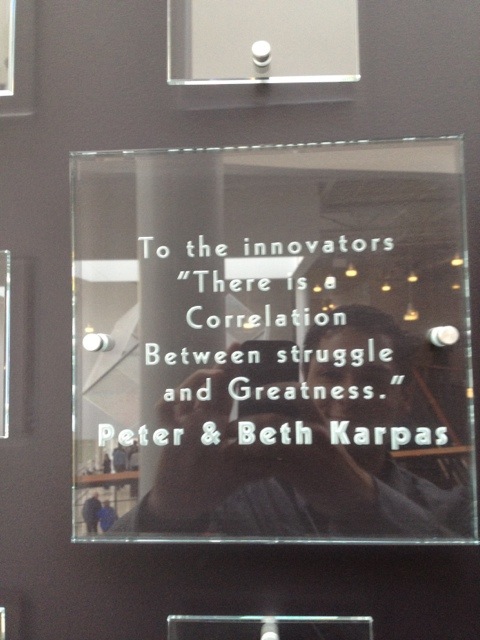 On Sunday, March 12th I got a ride down to the Computer History Museum for TEDxNewWallStreet.

My friend, Harvey, a fellow financial and economics geek and all-around awesome guy, told me about it. The CEO of the company he works for was giving a talk. 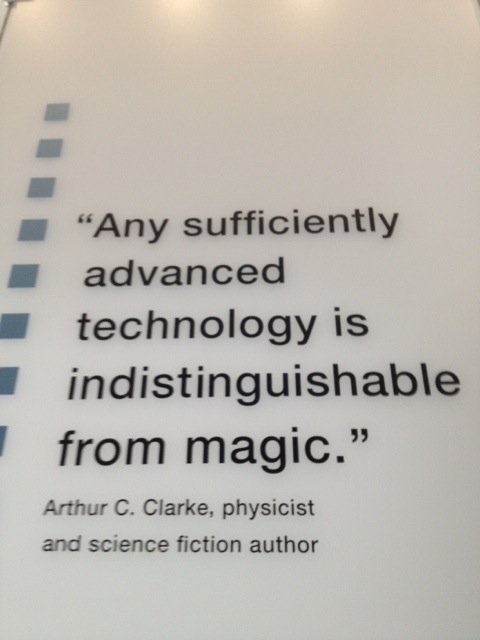 The Computer History Museum is what my dad would call a fascinat-erizing place. 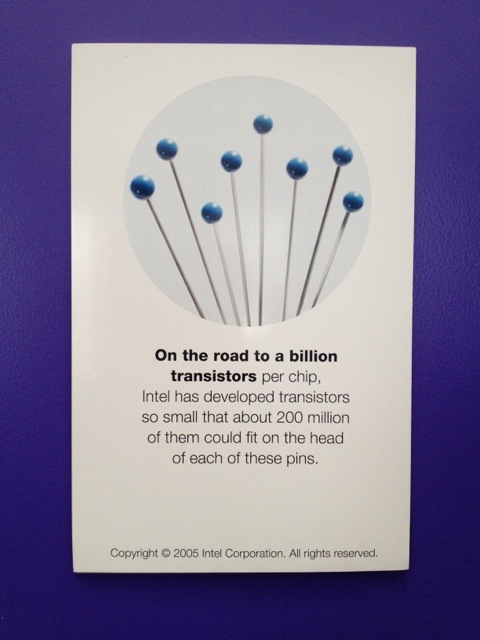 Due to the craziness of the conference being the first day of Daylight Saving Time (not that I don’t love time-shifting light), I got there right at 9AM and registered quickly, but it wasn’t set to start for another hour or so.

I walked a few hundred yards across the street and got a coffee from Starbucks. I saw an attendee there too, but she had driven. She was overweight. At some point, think about the person you want to be. And what it takes to get there. Often, it’s less than it seems.

The conference got off to an emotional start, with Ken Kruszka talking about Hector, a Latino who has to worry about deportation and buys houses in cash. Having dealt with many awesome immigrants as a tutor in Atlanta, that really hit me. These financial systems hurt real people, and they will change.

“Money used to strengthen relationships. Not business relationships, relationships.”
“Money needs to evolve.”
“We need to focus our efforts on the higher order needs of people.”
“Money is the social fabric that binds people together.”
“Money = Humanity”

Introducing the talks was Camilla Webster, a blonde woman with some witty lines like:
“How can I teach people to raise kids to be rich?”
“Why can’t we rethink this?”
“Young Ideas”
“It’s amazing this data has not been collected before.”

She also gave a power story about an economics professor in the war-torn Middle East, still teaching though his students had deserted the burning building.

At TEDx’s they show TED videos as well, and there were a few of those. Kind of unexpected, but a good chance to use the bathroom.

Around 11AM we broke for lunch. They had some sandwiches and cokes. I had interesting talks with some people at my table.

One was Taher Khorakiwala. He runs an investment firm called MeemAin Capital. He believes that being good to people and the environment ultimately means more money. I agree. Consider the Domini index. There was a chart showing the returns of the Domini index versus the S&P 500. From 1990 to the present, it was a better risk and $10,000 would be $7 million instead of $6 million.

This is a reason to be good to each other: you do better.

I also had interesting and in-depth conversations with Shruti Nair, who manages a QA team for an online grocery-delivery company based in the UK. She’s worked for eBay and Walmart.com. Funny to talk to her about the future of these companies. My perception is that Walmart is a dodo, ready to be crushed by new ways of delivering products, such as Amazon.

A company not future-oriented is not present-oriented. The same applies to people. Any technique that is outdated should be refactored. It’s hard, but that’s how you move yourself ahead.

After lunch there was a magician. He did some tricks with sleight-of-hand and removed a man’s watch, showing how the financial industries are preying on inattention.

He also had one long routine with a hundred dollar bill given by a volunteer. He put it in a envelope, crinkled it, added a two more envelopes, and asked the volunteer to pick which one did not have the $100 in it. Then he shredded it. He used a bit of distraction and crinkled the other envelope, and the volunteer had some nervous laughter as she chose the next envelope to shred. Finally he made the bill appear in a twinkie. Always good to have sweet things to take our minds off the pain of government.

It was a nice touch having him, it upped the ante for the intensity of the rest of the speakers.

My favorite after lunch was Peter Vander Auwera talking about InnoTribe and pushing the envelope. His slides and transitions were smooth, and the content reminded me of Seth Godin and being unafraid to disrupt old systems.

Sean Gourley talking about how “AI = Augmented Intelligence” also really struck home for me. The future of humanity is augmenting intelligence, not just replicating intelligence in silicon chips. Humans plus machines are more effective than just machines or just humans.

Afterward was the reception, where I met a Palantir engineer named Frederick Kautz. I had taken a picture of Marvin Minsky, the AI researcher. 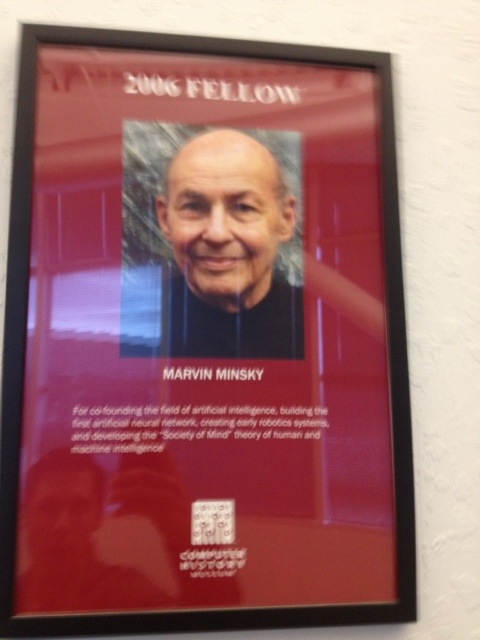 Frederick asked if I knew him. Turns out one of his friends worked in his AI lab. He said that Marvin has the curiousity of a child.

Downstairs we met a Computer History Museum docent and architech named Carl Baltrunas. We went to the machines that had programs on the punched paper. Honestly, my mind was blown. 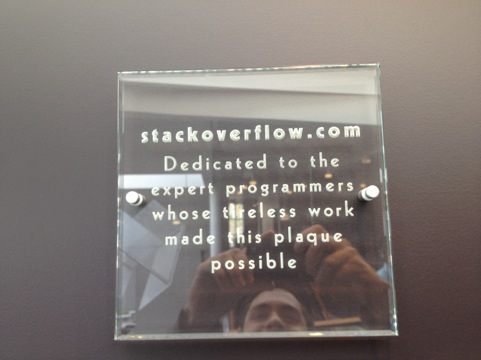 Here is the speaker lineup.

Other quotes from the conference:
“About one in three Americans could come up with $1000 in a month’s notice.”
“It’s just not human.”
“About 17% of people would be able to ask their family for a short-term loan.”
“All of these examples are real. I’m not making these up.”
“FICO is nonpredictive.”
“Computation is essentially ubiquitous.”
“Messy Data”

“To understand that, you have to understand how stuff works.”
“We’re writing things we can no longer read.”

“How do you create a solution if you don’t really understand the problem?”
“Turn data into information into insight.”
“Don’t waste your time protesting, offer new ideas.”

“Most of the time we don’t really know what the really hard problems are.”
“We’re arists here in Silicon Valley, that’s a big part of who we are.”

“If you align incentives then everyone makes the right decisions.”
“Do you consider your role to be mechanical or creative?”