Today was full of adventures!

A friend of the awesome Harvey Multani, a man named Jay Damodaran, moved into the Menlo Park house last night. We three went out to Pizza My Heart in Palo Alto and told stories for hours. Harvey’s story about taking on 7 guys at boarding school had me crying with delight.

Jay and I are both new to the Bay. We’re going to hit up meetups and learn more about how we can help the craziness of Silicon Valley.

This morning we headed down to Stanford for a lecture on nanostructures. It was a rainy ride. Rain is beautiful because it clears the air. When I was doing a train voyage across the US last year, my first days in DC had terrible weather. That was up made for with incredible pictures.

Emphasizing the good is a habit!

Before the nanostructures talk by Erik Garnett there was pizza. It was decent. As Jay says, “Pizza is like sex, even bad pizza is worthwhile.” It may be true.

Erik’s talk was mindblowing. The abstract that was sent to entice people was absurdly dense, but he was an effective presenter. He started with the benefits of the technology and carried on smoothly.

He was presenting “research on using nanowires for beating the randomized scattering limit and for self-limiting plasmonic welding.” Basically they can use silver to create nanostructures that look like towers. These absorb more light. He also showed they could use light to produce resonances that would heat up and literally melt the 50 nanometer-wide wires on top of each other. When they’re touching conductance and efficiency is improved.

We can weld tiny metal using waves of light. This is incredible.

After that great talk, Jay and I went to a seminar related to “The Hard Problem of Consciousness.” It was recommended by our neuroscientist roommate, Spencer Boucher, so I presumed it would be on neuroscience. In fact it was a boring talk on the philosophy of consciousness. I realized quickly it was not an effective use of time, so we left. 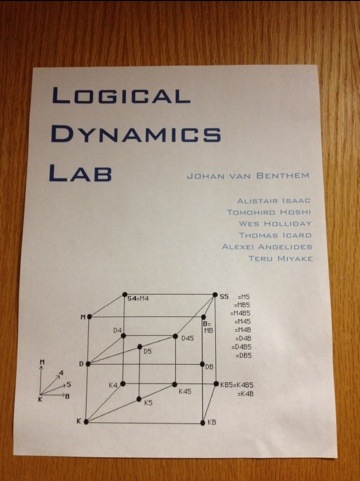 I snapped a picture of a lab that I highly recommend. Logically it is best. 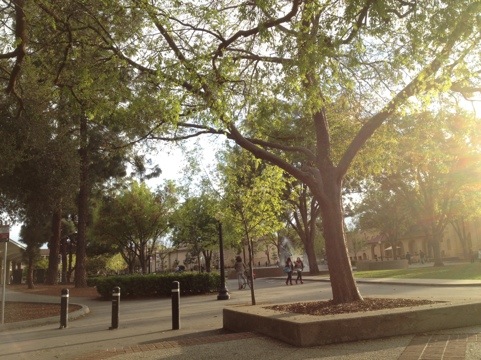 We went to the Stanford bookstore to browse. Harvey and I recommended the strategy of going to a bookstore, finding the first 10 interesting books, and flipping through five pages each to narrow down interests, then repeating.

Jay realized he was interested in the education space of tech. Definitely an important part of the future. Intelligence raises our ability to promote happiness.

I’m interested in both tech and behavioral ways to raise intelligence and joy. I meditated for 15 minutes, focusing on being present with myself. It’s an important part of performing well. 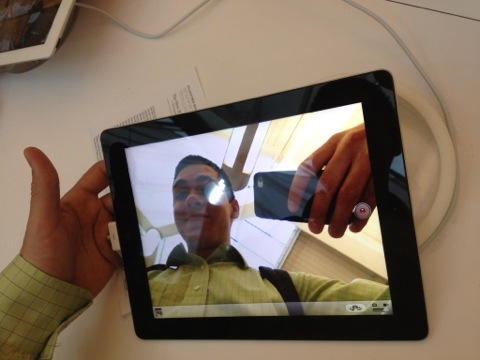 I had an hour-long consult with Tom Clark of Naturalism.org on my goals and progress. I highly recommend him, he’s really helped bring my unexamined assumptions to the surface and create immediate change. For instance, I was born with a birth defect in my left ear. I had five surgeries when I was a kid. I’m still self-conscious about it, but he (along with Harvey) helped me realize that it’s never actually been a true limiting constraint. Besides odd glances sometimes, people don’t seem to pay attention.

Afterward, Jay and I went to the Hacker Dojo in Mountain View. I scoped out the building, wandering up and down staircases and through rooms. 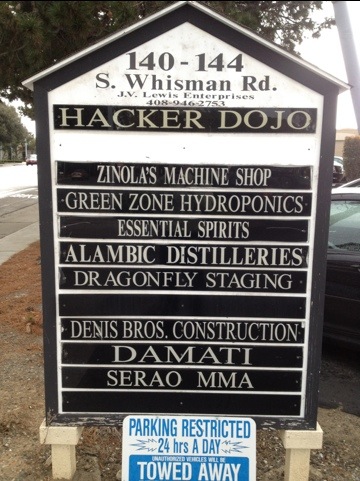 We worked at the Hacker Dojo awhile. It’s a nice place. As a dojo, at that time on Friday, it had a definite work-space atmosphere. A place to create, not dick around.

Jay was working on oDesk projects and I wrote about the usefulness of rechannelling natural aggression into more productive outputs. Afterward we got a little hungry and bolted over to an Indian food place called Chaat Paradise. It was some kind of paradise. Jay regaled me with his adventures in Philadelphia and New York.

What an interesting guy! What a fun day. Here’s to more!