I talked with my sister on the bike ride to Stanford today. I believe in the power of close relationships to increase happiness. It’s so easy to stay in touch, all it takes is a little effort. Don’t forget, the world runs on smiles. Talk to someone and make them happy.

I had some Korean BBQ that Harvey highly recommended. My favorite were the spicy sausage links. After all, “sausage is the natural outcome of efficient butchery.” 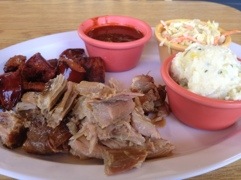 At the Stanford Bookstore I studied a talk on hypnosis, which is basically the power of words to create emotional states. I’m all about using emotions to increase well-being. This weekend I’m shooting video for a conference in Vegas on the subject. 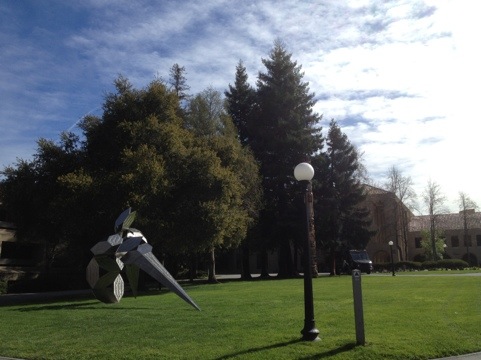 Later I went to a coffee shop near my house. Last night I had a phone interview with a startup in the Valley. I wanted to think through the questions more deeply. I had the questions and my responses and wrote how I could have said it better.

It reminds me of when I played in the chess club in high school. As a freshman I was the second best in a school of 3000 people. I wasn’t even that good, I just would scribble down the moves on some notebook paper as we played and then go home and play the game again. I’d look where I made a mistake and figure out what was a better move.

Most people stumble. Stumble less and you’ll usually win. All it takes is a little bit of effort to think about why you stumbled.

I had an interesting conversation with one of my roommates, Z. He works at a school as the guy who keeps everything running smoothly. Some higher-ups just transferred a student that was having troubles to his school.

He had an interesting observation: “Usually they transfer the problem student, not the effect of the problem.”

I think he’ll help the kid. Give someone a why and they will figure out any how.